27 October - Boracay – Roxas, Mindoro Island - By ferry
I was getting the hang of things around Boracay, but it was time to move on and I cycled the short distance to the ferry port where I got a Bangka boat back to Caticlan. Once in Caticlan, I looked out for a ferry heading north. The tourist information in Boracay told me that there was a ferry to the port of Batangas City every two hours. This was, however, not the case, and there was only one ferry leaving for the small port of Roxas on Mindoro Island. There’s not much I could do but get on-board.
The trip took about five hours and I had plenty of time to haul out the old iPod and listen to some very old music. Once again, I must admit that I really enjoy listening to these old albums. I went through them all:  The Who, Rolling Stones, Queen, Pink Floyd, Led Zeppelin, The Doors……fantastic stuff.
At around five o’clock we sailed into the sad looking port of Roxas. There was a tourist office but it was closed (it was Sunday). If I wanted to cycle to the northern part of the island, I needed a map of Mindoro. I understood from the locals that the following day was to be Election Day and that the tourist office would therefore be closed. It was too late to take to the road, so I found myself a room for the night. 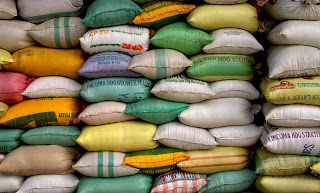 28 October- Roxas – Calapan - 128km
I headed north in the direction of Calapan. From Calapan ferries sail to the main land at Batangas City. No one could really tell me exactly how far it was, but as soon as I left the city limits the road signs indicated that it was around 126 kilometres (so I did not need the map after all). It was Election Day and a public holiday in the Philippines; even the rice mills were closed. It was amazingly peaceful on the road. 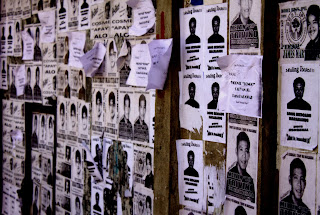 Posted by Leana Niemand at 6:05 AM

Great adventures Leana!
I'm a new fan of yours and will probably start into my own wind soon! Many thanks for your awesome postings!

Tire Shop TyreQueen is already supplying tyres to businesses and transport companies with large fleets of vehicles. Some of the tyre brands found on TyreQueen range from Continental, Pirelli, Michelin, Bridgestone, Goodyear, Yokohama to mass-market brands like Toyo, Nexen, Hankook and Kumho among many. Once purchases are made online, consumers get a choice to have the tyres delivered to their preferred TyreQueen workshop.

Very nice article. I am sharing the link of the best Diesel cars below 5 lakhs india along with price and specifications.