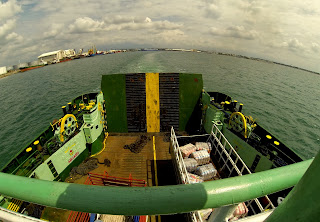 I took a ride back to Bacolod where I could get a ferry to Panay. The ferry was cheap but went to Dumangas instead of Iloilo City. It was not a disaster as it was only a 25 kilometre ride into the city. Along the way I met Roger Gonzales Aristoki, who was planning to cycle to Ajuy the following day. We cycled into the city together and he was kind enough to point a cheap place for me to stay. There is nothing like local knowledge and he saved me a good few Pesos. 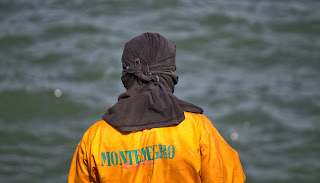 I, for once, managed to get up early and was on the road earlier than normal. It was a great day for cycling as I had a slight cloud cover all day, making things much easier. I felt good and the kilometres ticked by without me noticing. I zooted across large rivers and past small villages, past basketball playing kids, rice paddies and grazing water buffalo, never even wanting to stop.

By the time I reached Altavas, I reckoned I had enough for the day and looked for a room. There was only one place but the owner was out of town, and there was no one to let me in. Normally, people think that cycling to the next town is too far to reach by bicycle.Today, however, I was told that the next town (which was 40 kilometres away) could be reached within an hour!!  The man was quite convinced that cyclists travel at 45km/h!!  There I was, thinking I did well for the day, but was quickly put in my place….. LOL.

I was pointed in the direction of the hardware store, which had some rooms above. Although basic, it was cheap and had a fan!  People here always call it an electric fan…. I wonder if one can get any other type of fan??

I had a quick wash and then, to the delight of the villagers, went on a walkabout around town. 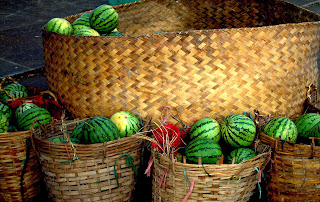 Again, I woke up early (what is happening!?).  Good thing too, as it is much nicer to cycle in the early morning. I’m sad to say that it took me much longer than an hour to get to Kalibo!!!  The last part of the day the road ran next to the coast, and although hilly, it was absolutely stunning. I can say very little else about the Philippines, other than that it is beautiful!  Again I felt good and sped up and down the hills, past more villages and roadside stalls, until I reached the small village of Caticlan. 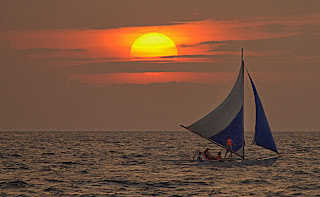 At Caticlan I had a taste of what was to come!!  Bangka boats lay ready to cart the many tourists to and from idyllic Boracay Island. It felt a bit like a madhouse compared to the last few days. I joined the crowds and boarded a boat for the short ride to Boracay Island. On the island, the madness continued and there were tourists everywhere!! They ate and they drank, they swam and they shopped!!!  Bali is nothing compared to this!!!


I soon found myself a room and it was hardly anytime at all before I sat wriggling my toes in the sand, sipping a beer and nibbling on a pizza!!  Fitting in with the rest of the tourists did not take me anytime at all!!! 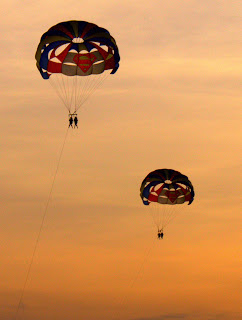 Posted by Leana Niemand at 2:16 AM