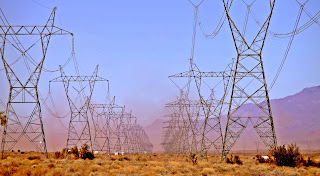 28 February Chloride – Lake Mead - 103km
It was another rather windy day and we battled along, past the small settlement of Rosie´s Den and burger joints where one can order a burger and get to shoot a machine gun while waiting!!. Once over the Householders Pass, we descended down to the Hoover Dam and the Lake Mead Recreation Area; a vast area with stunning scenery. The weather was much warmer along the lake, the sun came out and for the first time in a long while we could go sleeveless. We settled for camping at Boulder Beach, a basic campsite on the lake. Unfortunately, by the time we got there, the campsite was full. While cycling around to see if there was a spot somewhere, Tom, a fellow camper from Alaska, was kind enough to offer to share his spot with us.

It was a lovely campsite and although no showers, it had beautiful views. The following day we cycled along the Old Railway Trail to the Hoover Dam. The dam, built in the 1930s, is a true masterpiece and I´m sure the largest dam in the world. 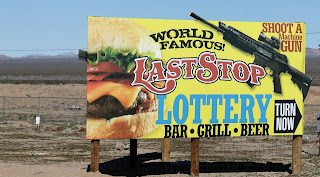 1-4 March - Lake Mead – Las Vegas - 51km
The weather was beautiful as we followed the River Mountains Loop Trail out of the area and headed in the direction of Las Vegas. Although Nevada is the most arid state in the USA, the scenery is stunning and thecolours amazing. Even from quite far away one could see Vegas, with its tightly packed high rise “Strip”; a shimmering mirage in the distance.

It was an easy cycle into the city, and what a spectacle it was. A fantasy-land of Egyptian Pyramids, the Paris Eiffel Tower and even the Venetian canals and New York skyline!!  Casino after casino, hotel after hotel, amazing shows, dancing water fountains, neon lights, slot machines, limousines, Ferraris, and sleazy looking side roads, with drunks and people down on their luck………a crazy place where your fortune is decided by the roll of the dice. Our needs were, however, slightly different and we found a motel room on the strip where we could take the necessary shower.

I was impressed with all the outrageous architecture - from The Flamingo (the oldest hotel on the strip) to the MGM, the largest hotel in the world. I wandered around, stunned by the opulence and decadence, staring in amazement at the amount of money being spent in the casinos and enjoying the free shows. 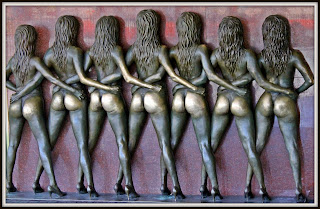 Of course I had to take a pic of Las Vegas' most famous (and most photographed) landmark, the welcome sign.The “Welcome to Las Vegas” sign has been the city’s most famous landmark since it was built back in 1959.

Another picture I had to take was of the bronze sculpture in front of the Rivera Casino. The performers of Crazy Girls, (including deceased transgender showgirl, Jahna Steele), are now immortalized in a bronze sculpture out front (the thong-clad buttocks have been worn to a shine by patrons’ hands, apparently for good luck in the casino!). 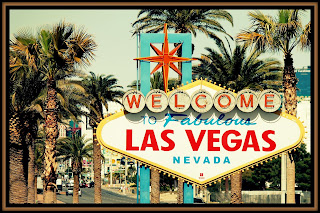 5-6 March - Las Vegas – Primm - 70km
After two full days I was ‘Vegased-out’ and it was good to be on the move again. Instead of heading north we headed west (in the direction of San Francisco), trying to stay in the warmer part of the USA. Despite the weather forecast of high winds it was a nice sunny day with hardly any wind, or at least until midday. The wind suddenly picked up and by the time we reached Primm (and I noticed the steep climb ahead) we called it a day. The little settlement of Primm came as a surprise as it consisted of nothing but 3 casinos and 2 petrol stations. A bigger surprise was that the rooms were rather cheap and for $35 we got a huge room with 2 double beds and an equally large bathroom. They obviously count on you spending hard earned dollars in their casino! We took full advantage of all this luxury and even had a long and luxurious bath!

We seemed to have run into another winter storm and woke to a howling wind, so we decided to stay. There wasn’t much to do as we didn’t gamble, although the room was nice. 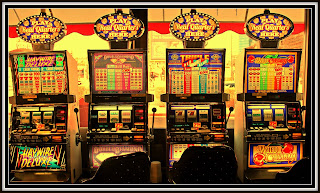 Although the weather forecast was less than perfect we cycled off in the direction of Baker. The road runs through the Mojave Desert, the lowest and hottest place in North America. After we’d climbed the big hill over the pass, it did get a bit cold but luckily no rain or snow. We ended down at the town of Baker, which is the entrance to the well-known Death Valley Reserve. Baker is a rather small village with a population of approximately 750. The town's most prominent feature is a 41m thermometer, known as the "world's tallest thermometer”, visible for miles (but unfortunately not operational). It commemorates the hottest temperature ever recorded in the United States, 134 °F (56.7 °C), measured in nearby Death Valley in 1913. Today it is nowhere close to that, and snow is forecast for tonight. Baker is also known for some strange UFO sightings, so it is no wonder that there are alien displays around town.

During the night it started raining and it drizzled on and off all through the morning, needless to say we stayed put. 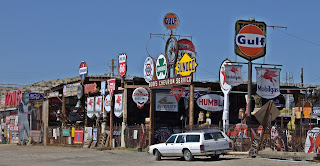