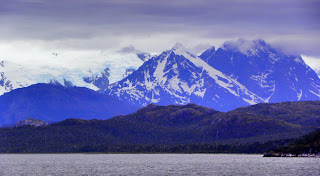 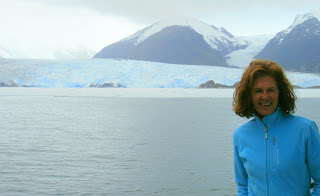 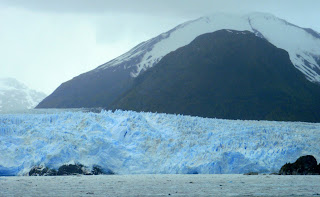 All was not well as yet! I still needed the medication from the pharmacy and had to ask one of the staff at the hostel to get it for me. At least I shuffled along and had a much needed shower. Thank goodness for my laptop! At least I could sit in my room and type up my adventure. To be quite honest with myself, I very much suspect that the problem was due to a lack of walking. After nearly 4 years on the bike, my ankles are not very strong. So all in all, it was my own fault for once again thinking that I can do more than the body was capable of!!!

Both Yutta and François arrived back from their hike and both had a great time, needless to say I was very envois of them.

I waited for the ankles to improve, but it was slow in healing itself so I helped it along with some anti inflammatories, just so I could go to the bank and do some shopping. Day after day I waited but progress seemed dreadfully slow. Daily I shuffled to the supermarket, a painful exercise at snails pace. My friends all moved on and still I waited. I could not believe, that a simple ankle injury takes that long to heal. I was bored and desperately wanted to get on the road. I however had the bad news that tendonitis takes 3-6 weeks to heal!!! This was not what I wanted to hear. There are unfortunately certain things in life that one can to pretty little about. This was one of those situations so I waited!!

Morning after morning I woke with great anticipation just to find that there was little difference since the day before. I was close to despair, bored stiff, and with virtually nobody to talk to I even started wishing that I could cycle into the wind.

The hostel where I stayed turned out to be a favorite among young Israeli travelers, and they arrived in their hordes. They seem to favor South America as a travel destination and move in packs – you seldom see one travelling alone. They therefore have little need for other conversation and stick very much together, speaking Hebrew – so that lot was of no benefit to me as I impatiently waited.

At last if felt as though my injuries were on the mend and I could at least walk around with less pain than before. That evening Ernest arrived from the North looking rather haggard from weeks of battling the wind and the harsh conditions along the Carretera Austral in Chile, and the infamous Route 40 in Argentina. There was a lot to catch up on since I’d left him in Melbourne 2 months earlier, so we talked until late in the night.

That morning we went to the ticket office in order to find out about the Navimag Ferry which sails between Puerto Natales and Puerto Montt to the North – apparently a spectacular 3-day voyage via the channels and fjords. We discovered that this weekly ferry sailed that very evening and there was a cabin available for us – so a quick decision was made to take the ferry, something which I secretly had my eye on for a long time. Although it was quite expensive, it included 4 nights and 3 full days of sailing plus all meals. It would also give my feet 3 more days rest, and it would get me out of the fierce Patagonian wind and cold conditions (I hoped).

An odd thing is that we had to board the ferry at 21h00, but it only left at 4h00 the next morning. I was as excited as a child just to be on the move again. Shortly after 21h00 we settled into our cabin on the Navimag ship “Evangelistos”, and although our cabin had 4 berths we were lucky to be the only two occupants. 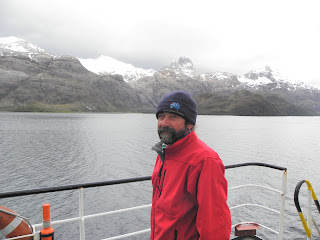 Early morning we sailed, and by 6 AM the ship was maneuvering through narrow passages and fjords. Snow-covered jagged peaks surrounded us and a fierce wind whistled by, so I was happy to watch the spectacle through the cabin window.

That afternoon we passed the huge and spectacular Glacier Amalia, and although it was bitterly cold I ventured outside for a picture or 2. The scenery was impressive with thousands of uninhabited islands, snowy mountain peaks and icy looking glaciers in the distance.

We’d already had 2 good meals that day, and at supper I discovered that I could request a vegetarian main course instead of the usual fish/meat/chicken – so I had a very tasty vegetable stew and rice which came with a small side salad. 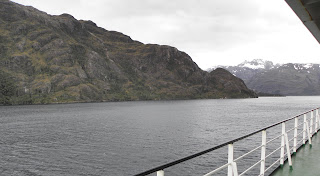 Breakfast like the previous day consisted of bread porridge/eggs, cheese, ham, fruit, yogurt, cereal, juice and coffee. Not bad for 2 homeless people! All the meals have been excellent so far, with enough tasty food to go around. Through a narrow channel we passed the shrine on a small island which is the Guiding Spirit of all sailors, and we also passed an “insurance scam” floating shipwreck before heading out of the channels into the rolling swells of the Pacific Ocean (time to take the anti-seasickness tablets). Although the dinner was good as usual, I noticed that there were less passengers at the meal, and it was fairly tricky to balance your food tray on the way to the table. At least we were rocked to sleep that night.

Some of the passengers still seemed a bit “green around the gills”, but we again enjoyed our breakfast (proof that the seasickness tabs work). By mid-day we were back in the channels again and sailed smoothly along without having to cling onto every conceivable thing like tables, chairs, and especially railings. The early morning fog burned off and brought excellent views of the Southern Andes Mountains with its jagged peaks and snowy volcanoes. For the first time we had calm sailing and sun at the same time, and the upper deck outside the bar/lounge was very popular that afternoon (by evening some of the paler passengers resembled well-cooked crayfish).

Once again at dinner time we stuffed ourselves in the dining room, and as any good ship will have it there was a little bit of a party on our final night. 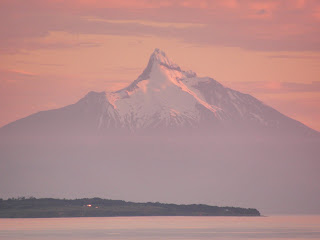 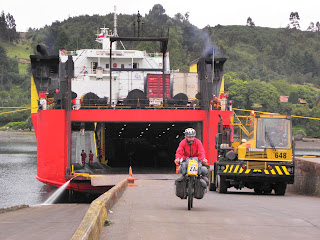 We docked at Puerto Montt during the wee hours of the morning, and by the time I woke up most of the trucks had already left the cargo decks below. We enjoyed our final fancy breakfast and then it was time to pack the bikes and disembark to continue with our normal lives.

We took a short cycle to the city centre where we booked into the hospedaje where Ernest previously stayed on his way South. In the typical Chilean style it was a rickety triple-storey shingle clad home with lace curtains and wooden display cabinets housing all kinds of family heirlooms. I felt that I had finally arrived in Chile proper. The elderly owner of the place is also quite an interesting character (he’s owned that place – simply named B&B – for the past 40 years).

That evening we walked out in search of some excitement, but found that most restaurants and bars in the city were closed and everyone seemed to party at home in the suburbs. However, there were spectacular midnight fireworks at the pier, and our host invited us downstairs for a drink where his family and friends were partying.

We stayed in Puerto Montt for the next 2 days, waiting for my ankles to heal. I lay watching TV while Ernest proceeded to polish off 2 bottles of whisky and a case of beer!

The weather in Puerto Montt was relatively mild and I was happy to be out of Patagonia. So all in all Patagonia was not as scenic as it sounded, all I remember is a ferocious wind and a hike that went wrong.

That afternoon a fairly strong earthquake hit Chile, fortunately it was quite far north and we only felt a moderate trembling. Our rickety accommodation where we stayed swayed from side to side but fortunately no damage was done.
Posted by Leana Niemand at 12:05 AM

Glad you were okay during the earthquake.I am happy you were able to experience Puerto Montt and Chile! I took a tour in Patagonia and Chile by myself a few years ago and it was the best experience I have ever had.

I am really enjoying reading your well written articles. It looks like you spend a lot of effort and time on your blog. I have bookmarked it and I am looking forward to reading new articles. Keep up the good work.