After a breakfast of fresh tomatoes and paprika from Peter's garden we were on our way to Calarasi where a border crossing is also indicated on the map. This time we were in luck and took the ferry across the river to Silistra. Now for the dreaded border control, to see what they will do about my Romanian Visa dilemma. I have now been in the country 20 days on a 2 day visa!!! Well, I said nothing and just handed them my passport with which they disappeared. After a while they appeared again and just handed me my passport and all this without a single word!!! Bravo, now I am in Bulgaria!!

I can see that communication is going to be an even bigger problem as here the alphabet is different and on top of that they nod their heads for no and shake it sideways for yes. What a confusion. 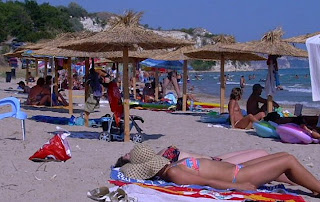 A long day on the bike and the road very. Hilly farmlands, mostly corn and sunflowers. No camping in Balcik and had to go another 15km north to Kavarna to find a good site on the sea. My first day at the Black Sea and on the beach. The water is lukewarm - fantastic!!

Spent the day on the beach and ran into Baltic Cycle group again - all of 60 cyclists, mostly from Poland. Had a good night trying to communicate. The beach is fantastic. Check out the cool dudes - bit young for me, but good to look at.

Very hard to find places as most of the signboards are in Hungarian and impossible to read. Campsite very basic but good beach - night out with Baltic Cycle group again. These people can party. The restaurant owner invited as over and produced some local drink and homemade wine. Local stuff really strong but better than campsite which is mozzıe infested

Spent the entire day on the beach again. Loads of sunshine, long white beach, warm water - what more can one ask for. Even adopted a cat at the campsite. 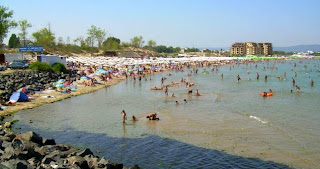 Cycling all along the Black Sea and camping again at same campsite as Baltic cyclists. They are becoming like family now. Met a German gentleman of 70 years at campsite pushing a bike and trailer around the world. He started a year ago in Germany and is still going strong!!

Spent another day on the beach. Life is so good.

Good thing the Baltic Cycle group told me where they will be camping as this is definitely the best campside in the area. Stopped in both Pomarie and Sozapol today for a swim as it is very hot and and a good way to cool off. 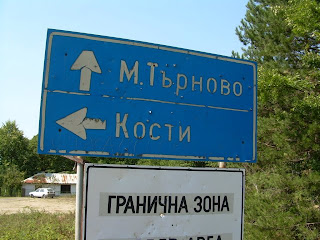 The Baltic Cycle group moved on and so did Eddy, so I spent the day on the beach trying to get rid of my cycle tan.

Bulgaria is extremely hilly as soon as one leaves the coast. We spent the entire day cycling up and down hills, it was also very hot, perspiration just pored off one. Flies are another problem and buzz in hordes all around one. Eddy came cycling back along the road and we cycled on to a small village just before the Turkish border where we turned in for some refreshments and decided to stay. There is no campsite here and no rooms for rent but we were directed to the local hospital where we stayed for the night. This is definitely a first. Have never stayed in a hospital before. 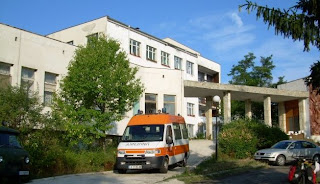 Posted by Leana Niemand at 4:53 AM